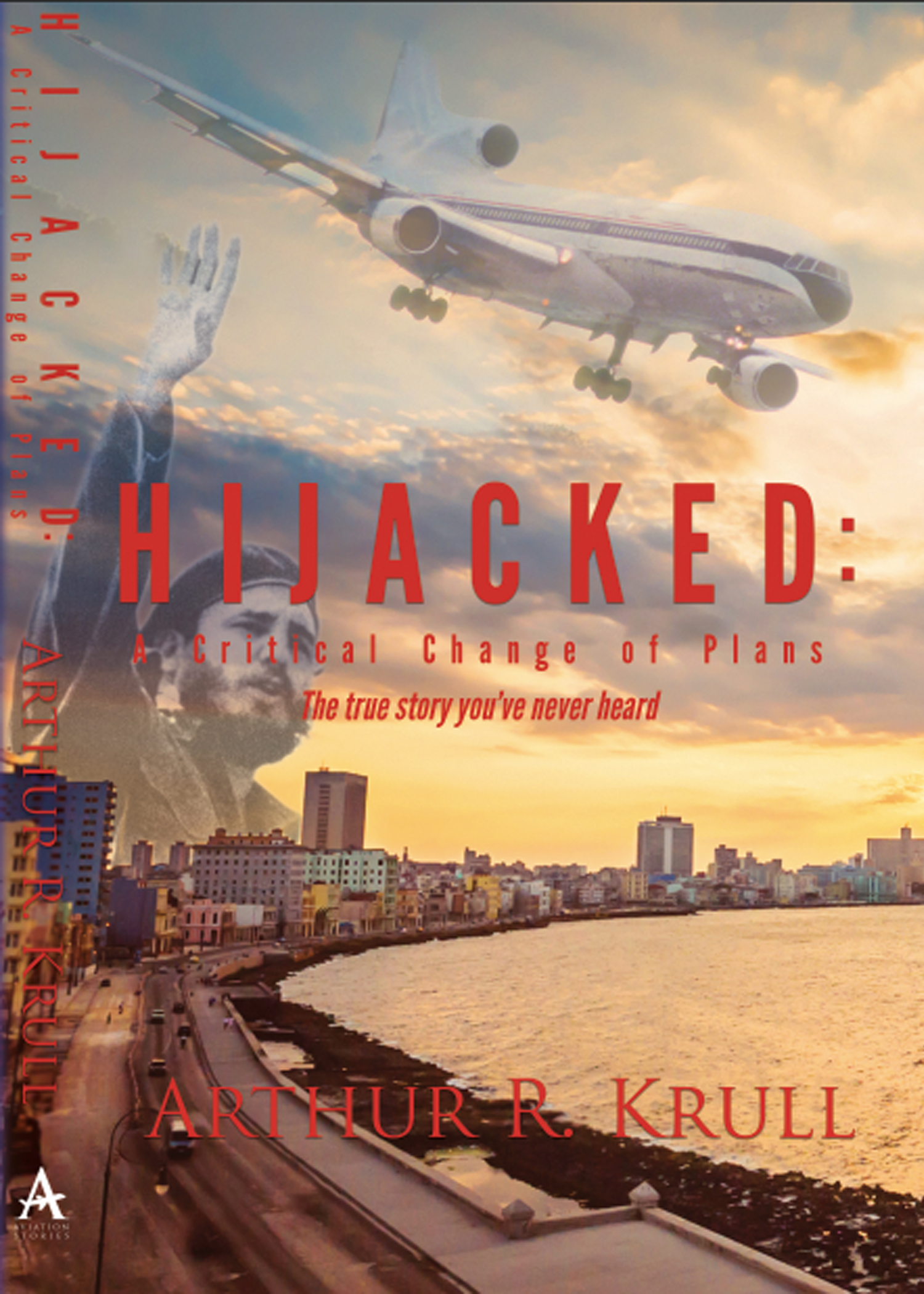 Hijacked:  A Critical Change of Plans

In November 1979 the United States Embassy in Iran was taken over by students loyal to Ayatollah Khomeini with over 60 hostages taken as prisoners. In January of 1980, a Delta L1011 was hijacked to Cuba. The crew was hopeful the hijacker would surrender there, but instead, he demanded fuel to fly to Iran. This is the true story of how the crew forced the hijacker to surrender in Cuba. The aircraft, crew, and passengers safely returned to Miami.

The author captures the suspense and frustrations as the very fluid situation is met with seemingly endless changes of plans while dealing with the Government’s of Cuba, Iran, and the United States.

Arthur Krull is a native of Seattle and a graduate of the University of Washington.  He has had a successful career as a civil, military, and commercial pilot.  His being hijacked to Cuba in 1980, whie as a Second Officer on a Delta Airlines flight, changed his life.

This is a fascinating story of a very famous moment in history. The author does a great job of relaying what he and his colleagues went through during this flight. There are plenty of news reports, etc., on the subject, but a first-hand account is something that makes the story of this flight engaging

I was fascinated by Art’s story.  Especially appreciated the technical detail he explained with the aircraft, FAA and Delta procedures, and options they explored during the process.  It was especially interesting how his “ramper” experience became so valuable during the ordeal.

Join our newsletter to stay up to date with events, news, book signings, and future book releases.